Gergely Bakos graduated as economist at International Business School – Budapest and started his career in the automotive industry.

At Lear Corporation, he got familiar with process improvement, process efficiency mindset and started to apply in the production. After gaining experience in logistics and purchasing, he qualified as Six Sigma Black Belt and became a member of Lear Europe’s Six Sigma team.

Later he joined to the continuous improvement team of Avis Budget Group shared service center in Budapest. He was part of the ISO quality assurance system implementation team, later he led many European projects. Due to European organizational changes, he successfully managed financial and customer service transfers from Germany, Italy, and UK to the Budapest service center.

He continued his career at Budapest Bank as a business project manager, in which he took part end-to-end process reviews and improvements. With his support a new teller system was implemented in the entire branch network. He performed basic and advanced lean trainings in the bank. Many workshops were facilitated by him and with his coordination significant process improvements were achieved.

Since 2014, he is the managing partner of the company. 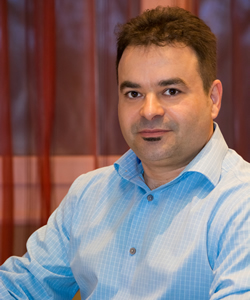 Attila Nemzecsky graduated as electric engineer and later received his second degree in teacher of engineering. He started his career at Hungarian air force as a permanent officer.

After that he joined a US based multinational company, where he became the leader of Lean Six Sigma operational excellence. He certified as Six Sigma Black Belt then later at the Michigan University he successfully got certified as Master Black Belt. He plays a key role in extending the continuous improvement culture within the company as a key strategic goal. Performing Six Sigma, lean trainings and coaching is a daily routine for him. His job is also to facilitate workshops in the European region. Due to his successful contribution, the Hungarian plant is serving as a benchmark within the European division of the company. 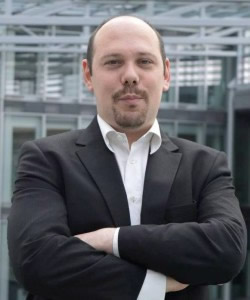 Péter Bárány has economic and engineering degree as well. He has been doing consultancy, process improvement, project management and training for 14 years. Starting with classic BPR foundations later in 2006 he got familiar with Lean philosophy and Six Sigma methodology. Besides overall theoretical knowledge, he acquired the practical side of techniques and became certified project manager, Lean expert and Six Sigma Master Black Belt, moreover he received a Certified Management Consultant (CMC) qualifications.

At Kutztown university (Pennsylvania) he worked as an instructor, at International Business School (IBS) he currently provides lectures as freelance. According to his philosophy as an acting interim manager, besides professional knowledge soft skills are inevitable to execute quality work. To improve these skills in the last years he received several certifications such as: business trainer, business coach, mediator, executive coach and transaction analysis qualification. This knowledge and experience is integrated in his daily work in order to add lasting value to our clients.